Stojan Minev was born on March 1st, 1968 and grew up in Veliko Tarnovo, Bulgaria, The historic, world heritage city and evocative capital of the medieval Bulgarian tsars had tremendous creative impact on Stojan’s early childhood and his first steps as an artist.

Stojan began drawing and painting at an early age, and from the age of seven he received private art tutoring while attending a local School of Arts and Culture. From age 13, his commitment to art intensified, with private art instruction in the Bulgarian capital of Sofia under Stanislav Pamukchiev, now a professor at the National Academy of Arts. Stojan also studied under artist Emil Ivanov.

From 1989 to 1993 Stojan attended St. Cyril and St. Methodius University of Veliko Tarnovo [VTU] , where he earned his Master’s of Fine Arts degree. In 1989 he was part of an exchange practice in Die Hochschule für Grafik und Buchkunst [HGB] – Academy of Fine Arts, Leipzig, Germany that have close academic cooperation with the Fine Art Faculty in VTU.

From 1992 to 2002 Stojan was a freelance artist in Bulgaria, during which time he showcased his works in five independent exhibitions.

From 2003 to 2007 he worked at Kreaktiv Centre for Art and Design (Kreaktiv senter for kunst og design), in Drammen, Norway. Stojan taught courses in drawing and painting, and had his own studio. One of his students, went on to gain admission to Parsons the New School for Design in New York City, others have independent art career.

From 2007 to 2009 he was awarded with full artist grant and sponsorship from the Norwegian holding JUL Holding AS in Drammen. A part of the artworks he created during this period are now added to the contemporary art collection of the firm.

In 2009 Stojan moved his studio to the contemporary art center ARENA in Vestfossen, where he worked together with some of best young Norwegian artists. He took part in the founding of the center as a member of the art group STAG, based in Drammen, Norway. The group also owns the gallery Gallery StudioSTAG, located in the art center.

In 2012 Stojan designed and built his own studio beside to his house in Drammen, where he is currently working on a variety of creative endeavors. 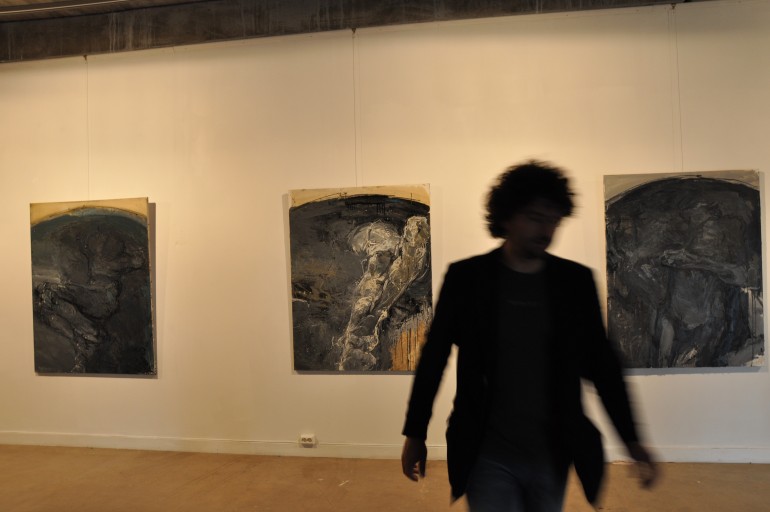 In the period 2003 – 2015 Stojan has held several independent exhibitions at the following venues:

For his work in 2014 Stojan was awarded The State Exhibition Grant (Statens utstillingsstipend) and Diversestipend Grant from Art Council Norway (Norsk kulturrådet).
For his painting project “Immortal” in 2015 he received a grant from Norwegian Visual Artists Association (Norske Billedkunstnere, NBK).

Stojan is a member of the Norwegian Visual Artists Association (Norske Billedkunstnere, NBK) and member of the board of section Buskerud.